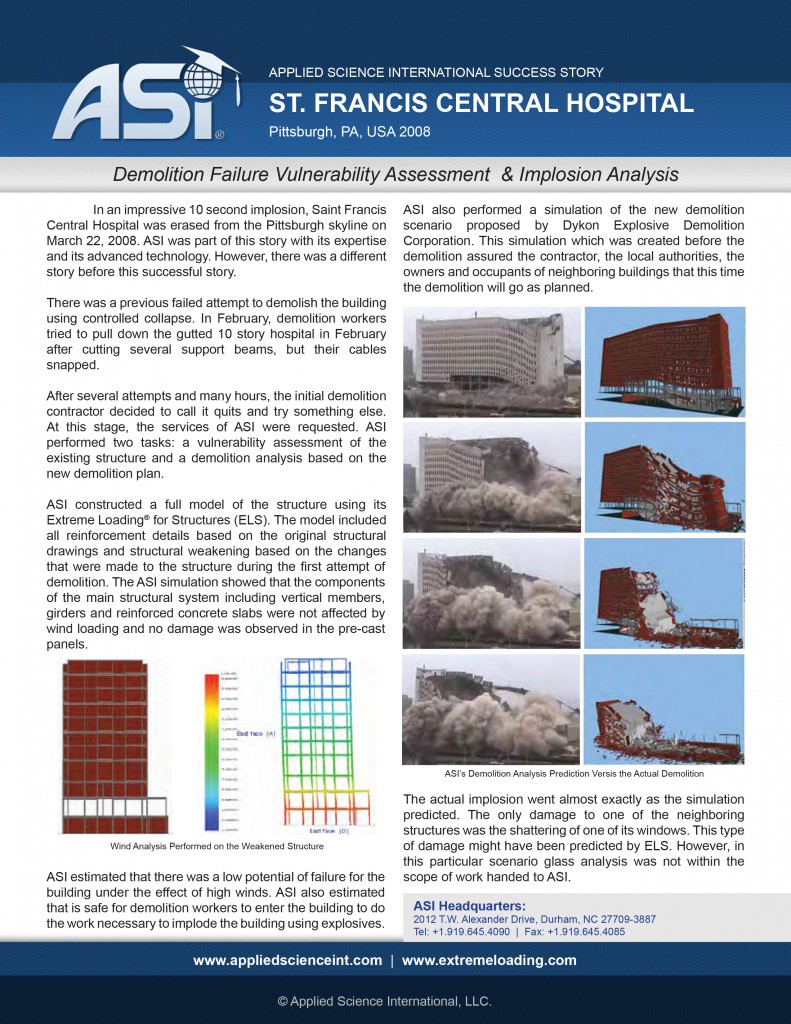 Demolition workers tried to pull down a gutted 10-story hospital after weakening the structure. During the pull down process, the cables snapped. After several additional attempts, the management called for the services of ASI to perform two tasks; a vulnerability assessment of the existing condition of the structure and demolition analysis based on the new demolition plan.

ASI applied a variety of wind loading scenarios to the structure to determine if in its weakened condition to ensure that it would not prematurely collapse. ASI also performed an analysis of the newly proposed implosion plan to assure local authorities, owners, and tenants of neighboring structures that the controlled collapse demolition would go as planned.

ASI determined that even under high wind loading conditions that there was a low potential of failure and that it was safe for demolition workers to enter the building to place explosives to implode the structure. When compared, video of the actual demolition and the predictive analysis of the implosion correlated closely.