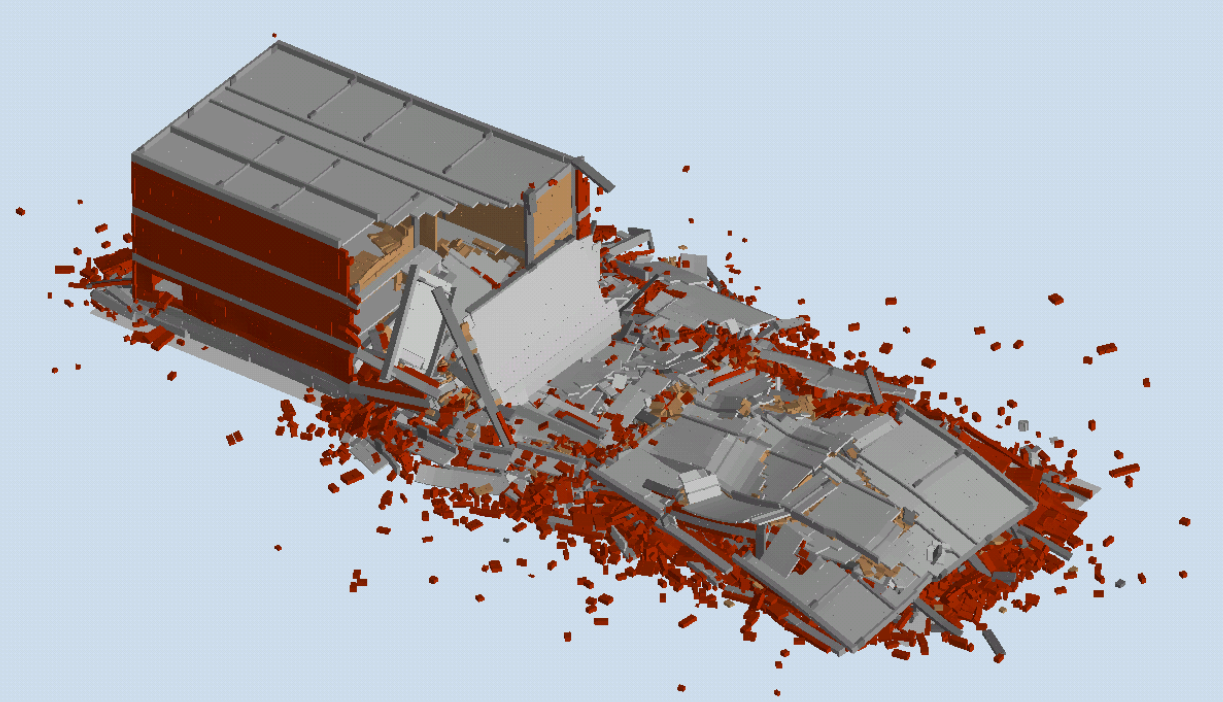 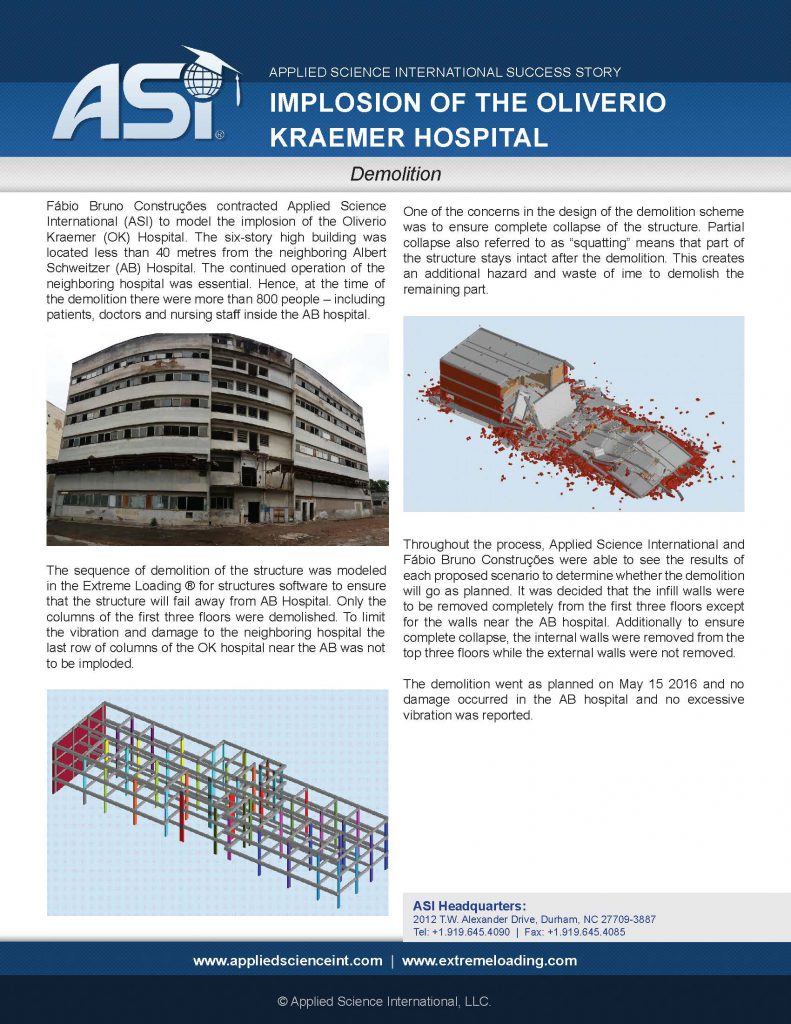 There is always a slim margin for error when it comes to building implosions. This particular commercial demolition job was no exception. When completing the structural analysis, we were informed that the hospital was located less than 40 meters from another hospital.

Fábio Bruno Construções contracted Applied Science International (ASI) to model the implosion of the Oliverio Kraemer (OK) Hospital. Not only was the six-story high building located directly across from the neighboring Albert Schweitzer (AB) Hospital, but the continued operation of the neighboring hospital was essential. Hence, at the time of the demolition there were more than 800 people – including patients, doctors and nursing staff inside the AB hospital. 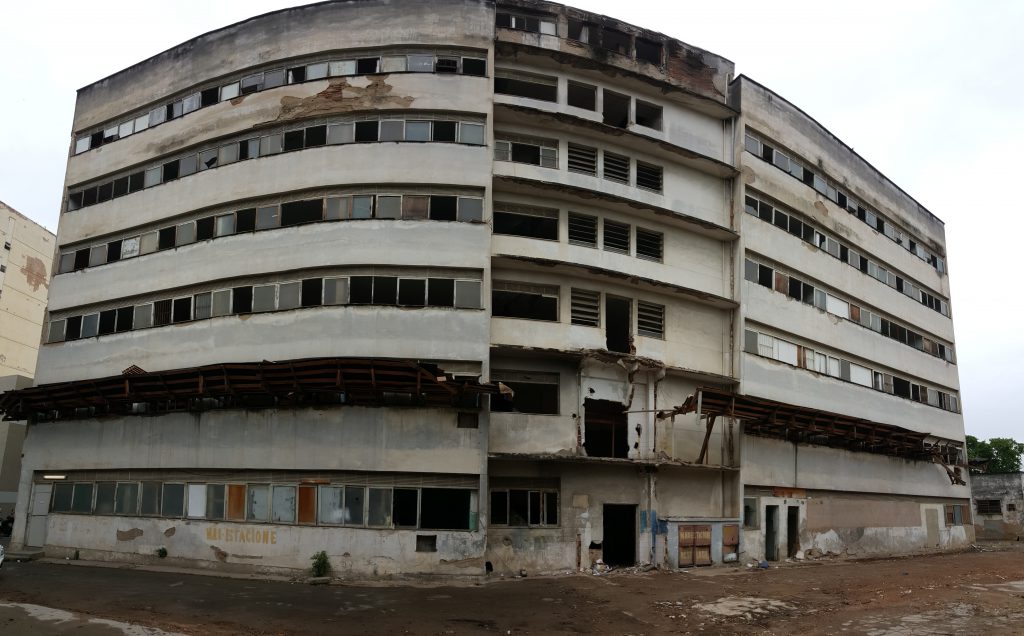 The sequence of demolition of the structure was modeled in the Extreme Loading ® for structures software to ensure that the structure will fail away from AB Hospital. Only the columns of the first three floors were demolished. To limit the vibration and damage to the neighboring hospital the last row of columns of the OK hospital near the AB was not to be imploded. 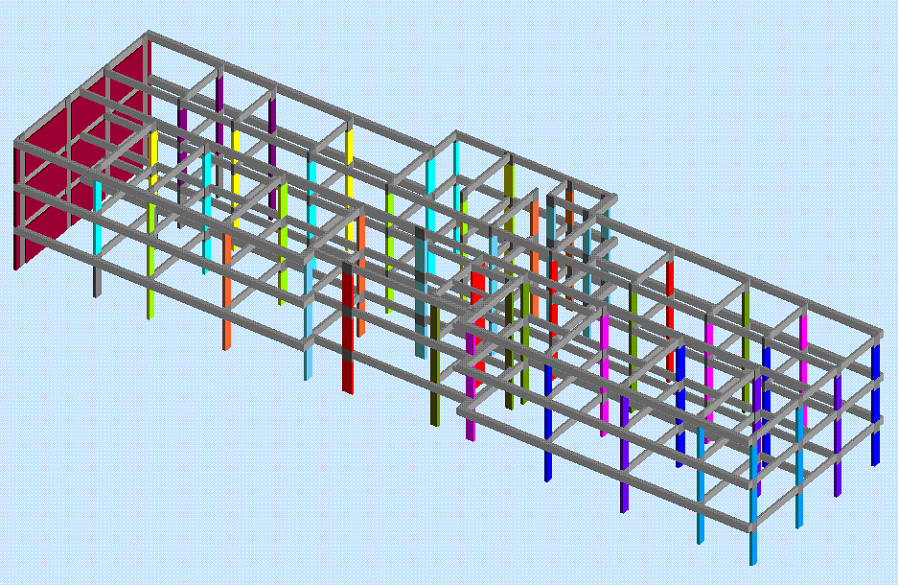 One of the concerns in the design of the demolition scheme was to ensure complete collapse of the structure. Partial collapse also referred to as “squatting” means that part of the structure stays intact after the demolition. This creates an additional hazard and waste of time to demolish the remaining part.

Throughout the process, Applied Science International and Fábio Bruno Construções were able to see the results of each proposed scenario to determine whether the demolition will go as planned. It was decided that the infill walls were to be removed completely from the first three floors except for the walls near the AB hospital. Additionally to ensure complete collapse, the internal walls were removed from the top three floors while the external walls were not removed.

The demolition went as planned on May 15 2016 and no damage occurred in the AB hospital and no excessive vibration was reported.