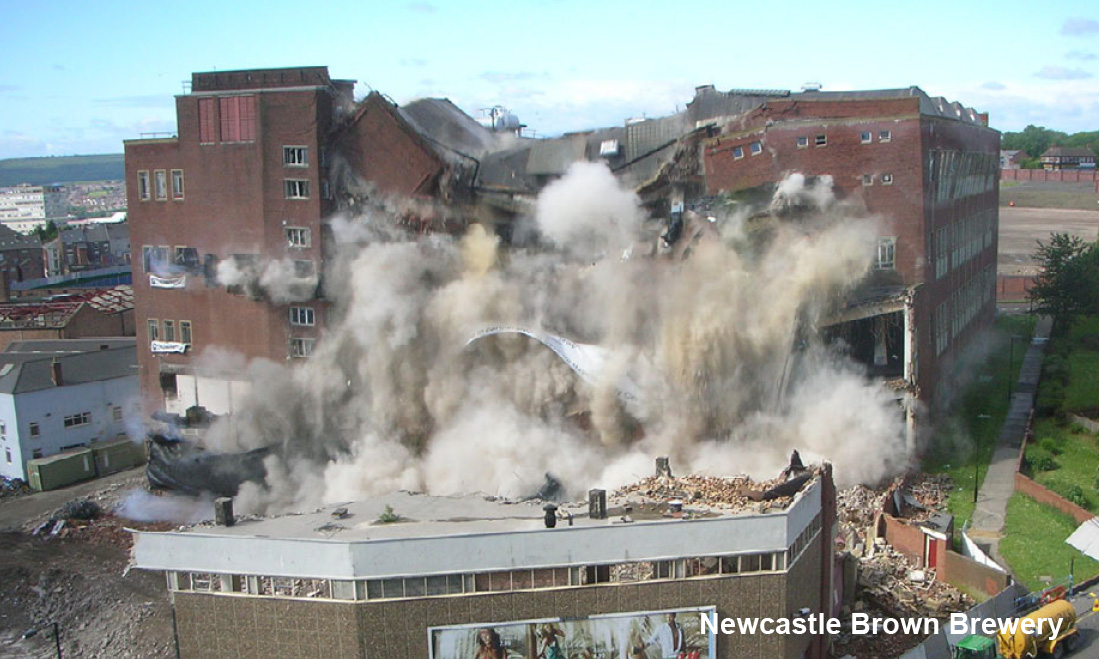 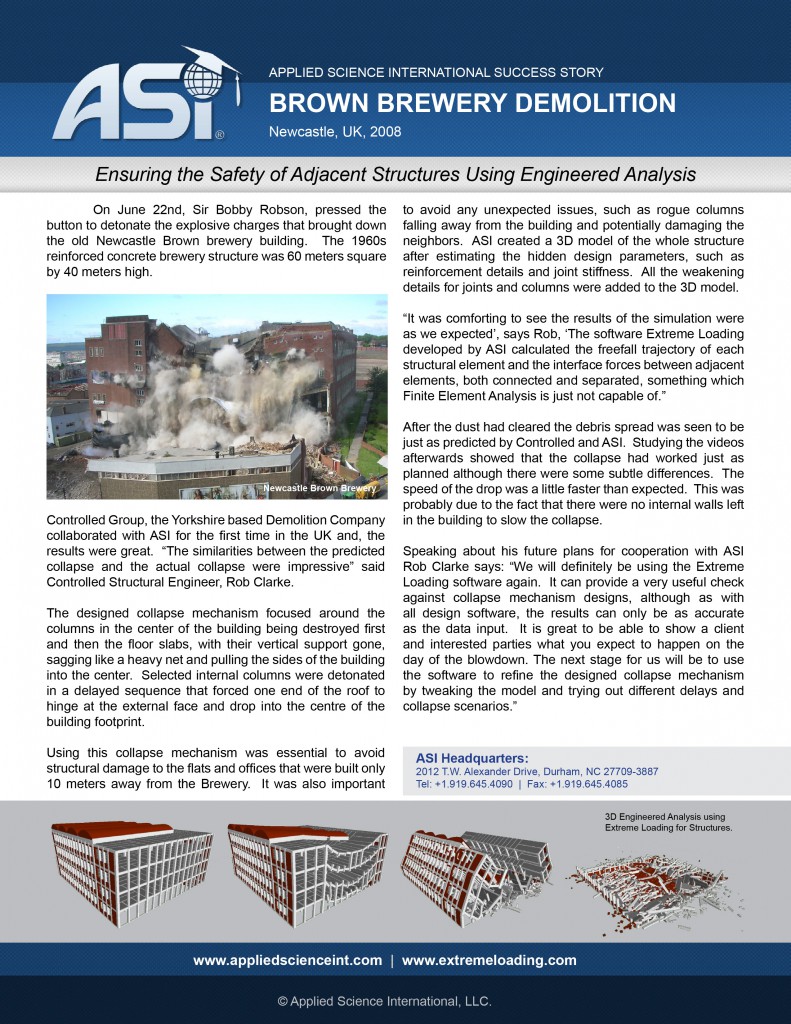 Controlled Group, the Yorkshire based Demolition Company collaborated with ASI for the first time in the UK and, the results were great. “The similarities between the predicted collapse and the actual collapse were impressive” said Controlled Structural Engineer, Rob Clarke.

Using this collapse mechanism was essential to avoid structural damage to the flats and offices that were built only 10 meters away from the Brewery. It was also important to avoid any unexpected issues, such as rogue columns falling away from the building and potentially damaging the neighbors. ASI created a 3D model of the whole structure after estimating the hidden design parameters, such as reinforcement details and joint stiffness. All the weakening details for joints and columns were added to the 3D model.

“It was comforting to see the results of the simulation were as we expected’, says Rob, ‘The software Extreme Loading developed by ASI calculated the freefall trajectory of each structural element and the interface forces between adjacent elements, both connected and separated, something which Finite Element Analysis is just not capable of.” After the dust had cleared the debris spread was seen to be just as predicted by Controlled and ASI. Studying the videos afterwards showed that the collapse had worked just as planned although there were some subtle differences. The speed of the drop was a little faster than expected. This was probably due to the fact that there were no internal walls left in the building to slow the collapse.

Speaking about his future plans for cooperation with ASI Rob Clarke says: “We will definitely be using the Extreme Loading software again. It can provide a very useful check against collapse mechanism designs, although as with all design software, the results can only be as accurate as the data input. It is great to be able to show a client and interested parties what you expect to happen on the day of the blowdown. The next stage for us will be to use the software to refine the designed collapse mechanism by tweaking the model and trying out different delays and collapse scenarios.”