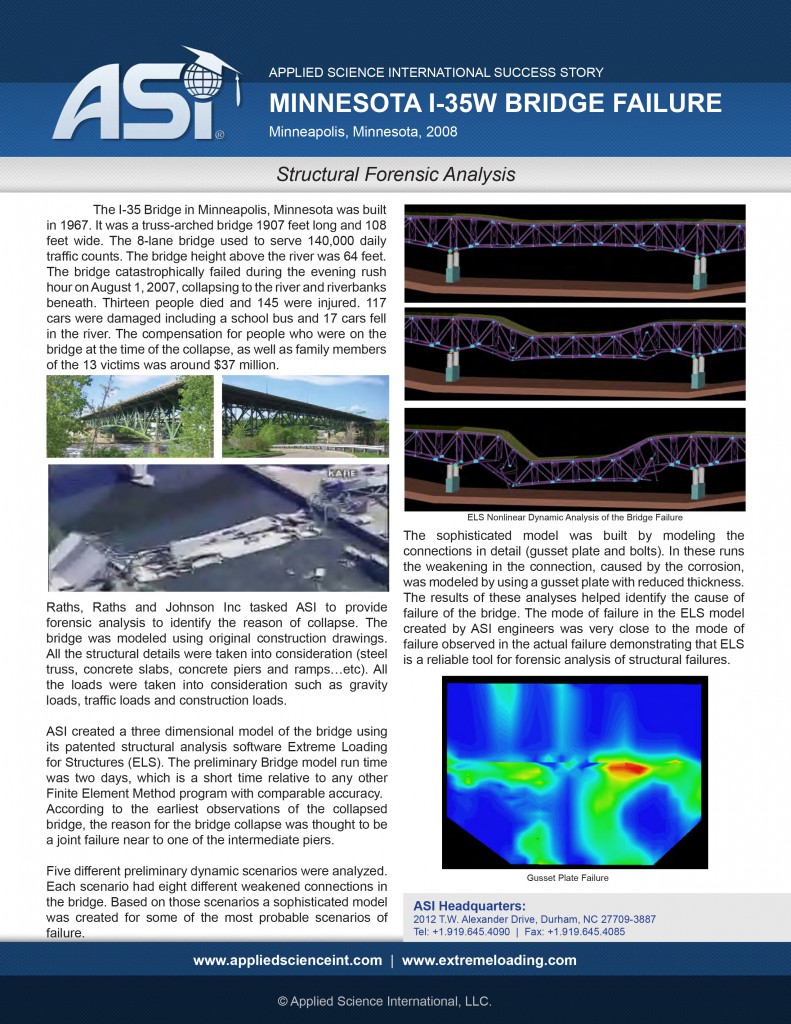 This article details a forensic engineering analysis that we conducted to determine the reason for the structural failure of the I-35W Bridge Collapse.

The I-35W Bridge in Minneapolis, Minnesota was built in 1967. The 8-lane bridge served 140,0000 vehicles per day. The bridge catastrophically failed during the evening rush hour on August 1, 2007. Thirteen people died and 145 were injured. 117 vehicles were damaged including a school bus. Compensation for victims who were on the bridge at the time of the collapse, as well as their family members totaled over $37 million.

Raths, Raths and Johnson, Inc. tasked ASI to provide analysis of the bridge and to identify the reason for the collapse. The bridge was modeled using original construction drawings. All structural details were modeled in 3D, which included steel truss, connections (gusset plate and bolts), concrete slabs, concrete piers and ramps. All applicable loads were taken into consideration such as gravity, traffic, and construction loads. The model also took into account the weakening of connections due to corrosion.