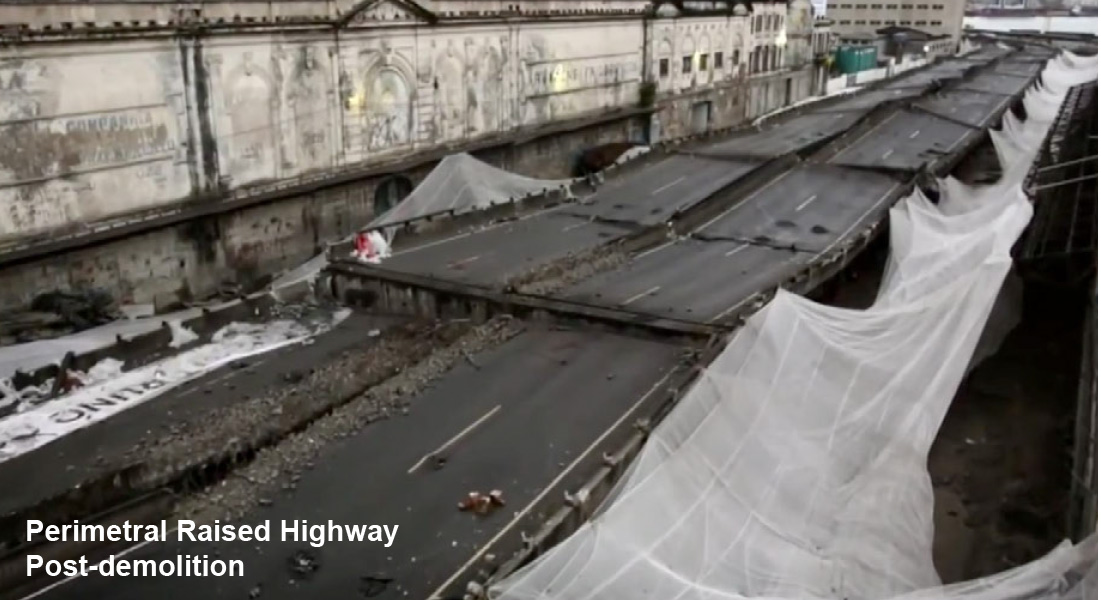 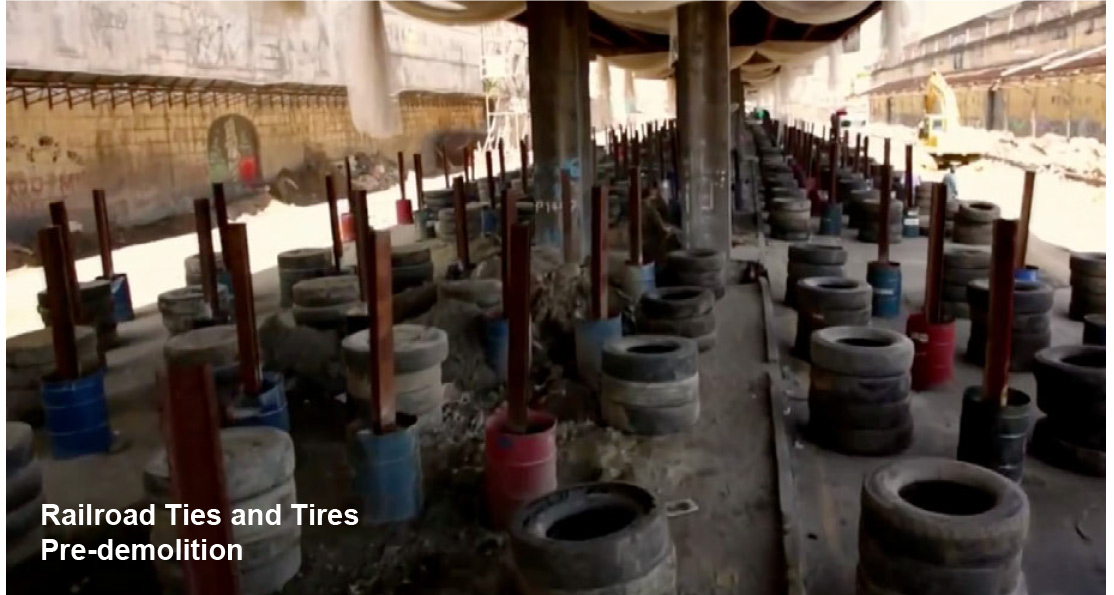 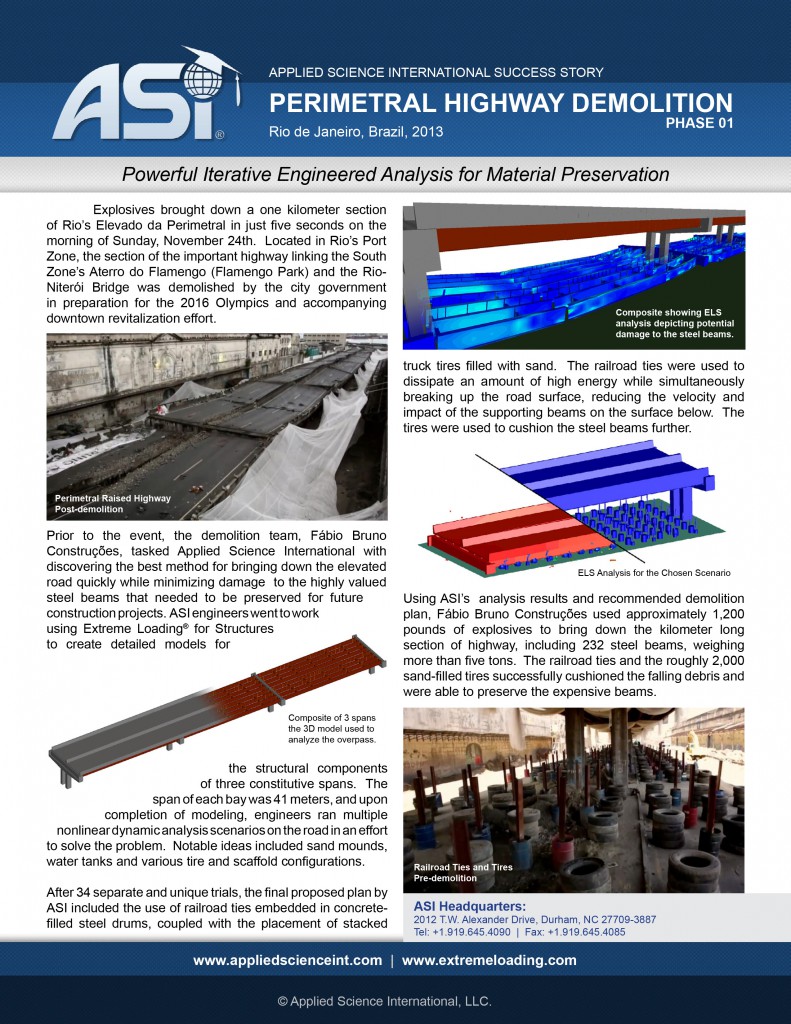 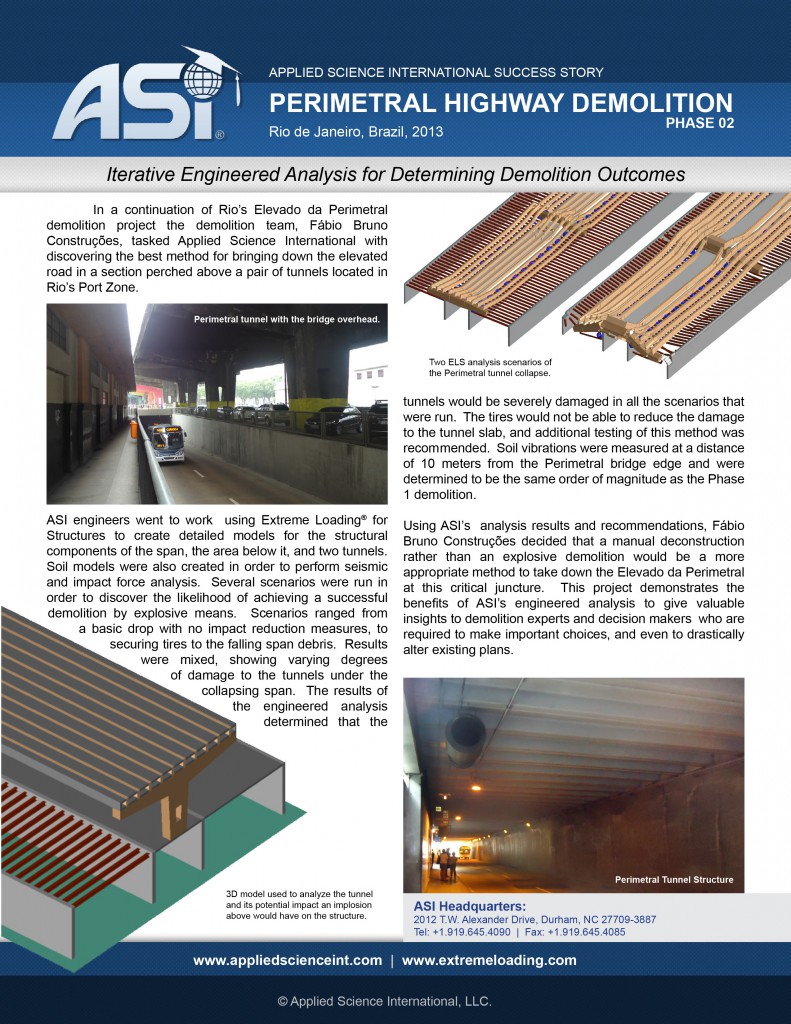 Winner: Explosive Demolition of the year, 2013

Fábio Bruno Construções called on ASI’s demolition engineering services to engineer the best way to implode a section of the Perimetral Bridge. Our structural engineers designed the implosion of the 2-km long bridge section in a densely populated area while preserving the demolished steel beams for recycling.

Explosives brought down a one kilometer section of Rio’s Elevado da Perimetral in just five seconds on the morning of Sunday, November 24th. Located in Rio’s Port Zone, the section of the important highway linking the South Zone’s Aterro do Flamengo (Flamengo Park) and the RioNiterói Bridge was demolished by the city government in preparation for the 2016 Olympics and accompanying downtown revitalization effort.

Prior to the event, the demolition team, Fábio Bruno Construções, tasked Applied Science International with discovering the best method for bringing down the elevated road quickly while minimizing damage to the highly valued steel beams that needed to be preserved for future construction projects. ASI engineers went to work using Extreme Loading® for Structures to create detailed models for the structural components of three constitutive spans. The span of each bay was 41 meters, and upon completion of modeling, engineers ran multiple nonlinear dynamic analysis scenarios on the road in an effort to solve the problem. Notable ideas included sand mounds, water tanks and various tire and scaffold configurations.

After 34 separate and unique trials, the final proposed plan by ASI included the use of railroad ties embedded in concretefilled steel drums, coupled with the placement of stacked truck tires filled with sand. The railroad ties were used to dissipate an amount of high energy while simultaneously breaking up the road surface, reducing the velocity and impact of the supporting beams on the surface below. The tires were used to cushion the steel beams further.

In a continuation of Rio’s Elevado da Perimetral demolition project the demolition team, Fábio Bruno Construções, tasked Applied Science International with discovering the best method for bringing down the elevated road in a section perched above a pair of tunnels located in Rio’s Port Zone.

ASI engineers went to work using Extreme Loading® for Structures to create detailed models for the structural components of the span, the area below it, and two tunnels. Soil models were also created in order to perform seismic and impact force analysis. Several scenarios were run in order to discover the likelihood of achieving a successful demolition by explosive means. Scenarios ranged from a basic drop with no impact reduction measures, to securing tires to the falling span debris. Results were mixed, showing varying degrees of damage to the tunnels under the collapsing span. The results of the engineered analysis determined that the tunnels would be severely damaged in all the scenarios that were run. The tires would not be able to reduce the damage to the tunnel slab, and additional testing of this method was recommended. Soil vibrations were measured at a distance of 10 meters from the Perimetral bridge edge and were determined to be the same order of magnitude as the Phase 1 demolition.

Using ASI’s analysis results and recommendations, Fábio Bruno Construções decided that a manual deconstruction rather than an explosive demolition would be a more appropriate method to take down the Elevado da Perimetral at this critical juncture. This project demonstrates the benefits of ASI’s engineered analysis to give valuable insights to demolition experts and decision makers who are required to make important choices, and even to drastically alter existing plans.