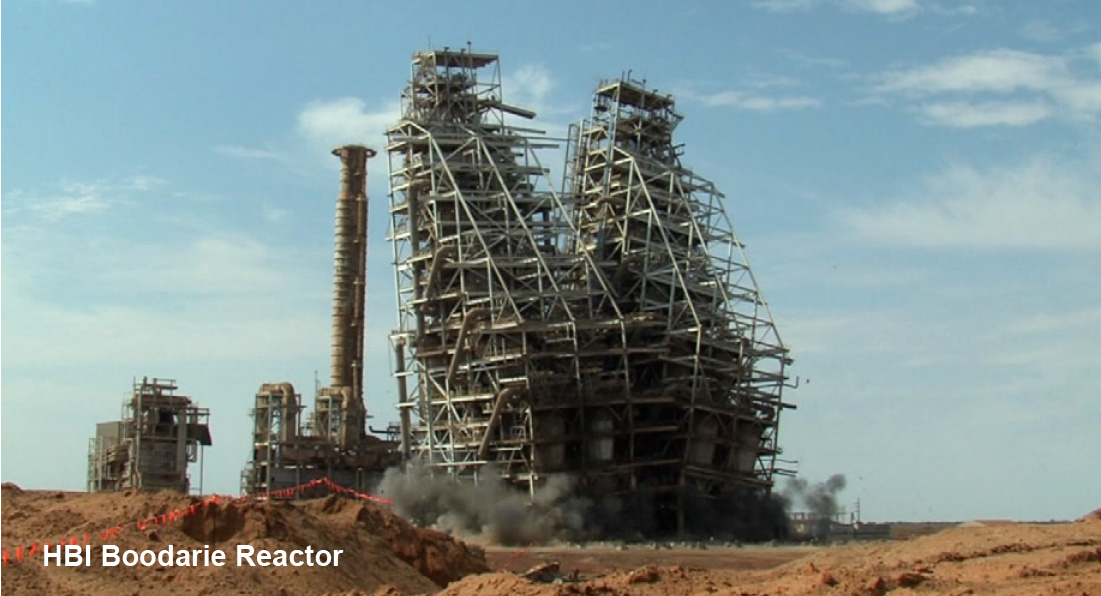 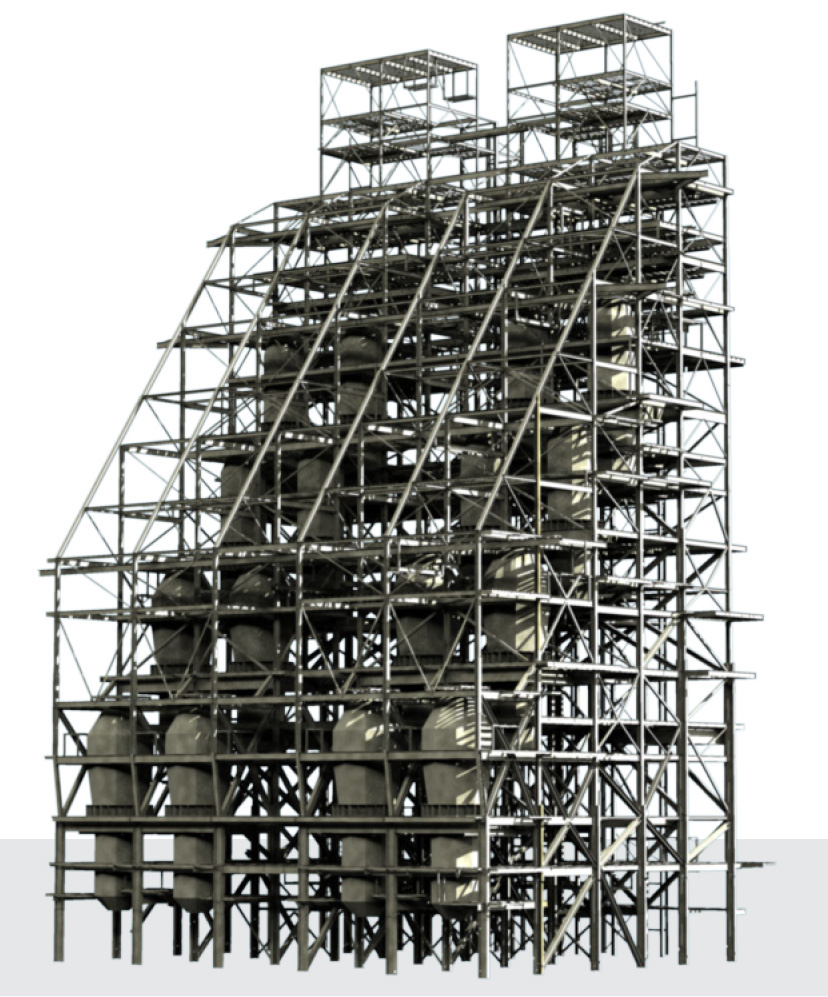 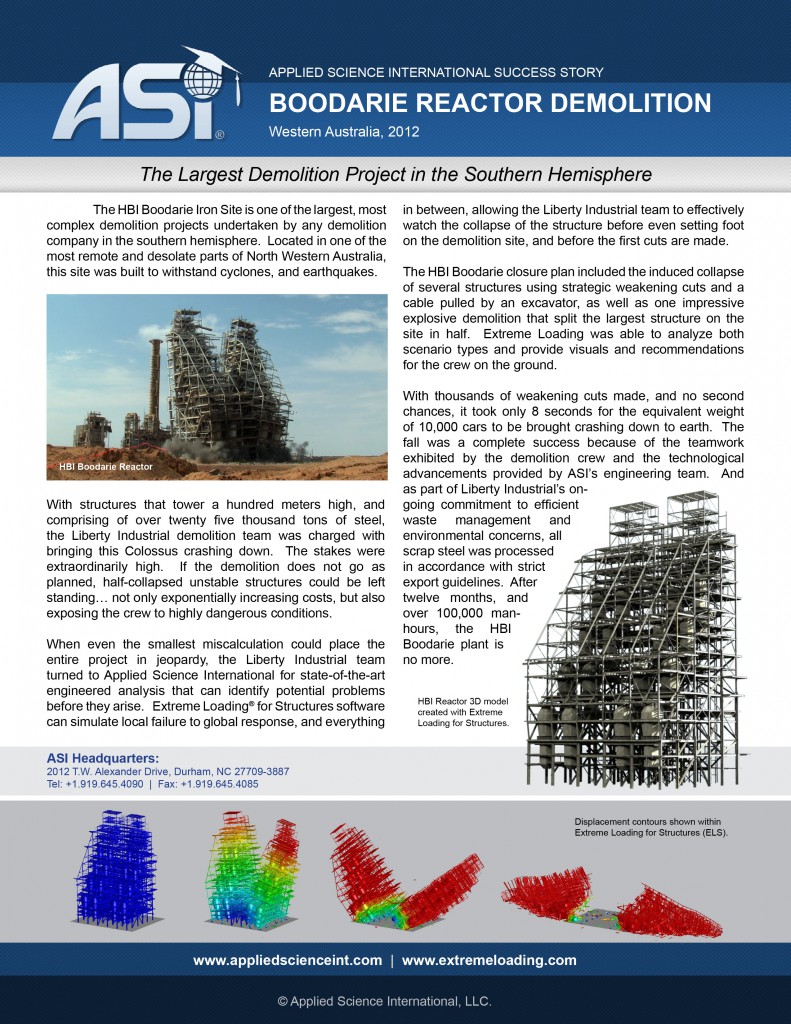 For this job our engineering services included, analysis and demolition design for the weakening, pulling, and implosion of three complex industrial structures constructed from structural steel and reinforced concrete. Noted as the largest structure demolished in the southern hemisphere.

The HBI Boodarie Iron Site is one of the largest, most complex demolition projects undertaken by any demolition company in the southern hemisphere. Located in one of the most remote and desolate parts of North Western Australia, this site was built to withstand cyclones, and earthquakes.

With structures that tower a hundred meters high, and comprising of over twenty five thousand tons of steel, the Liberty Industrial demolition team was charged with bringing this Colossus crashing down. The stakes were extraordinarily high. If the demolition does not go as planned, half-collapsed unstable structures could be left standing… not only exponentially increasing costs, but also exposing the crew to highly dangerous conditions.

When even the smallest miscalculation could place the entire project in jeopardy, the Liberty Industrial team turned to Applied Science International for state-of-the-art engineered analysis that can identify potential problems before they arise. Extreme Loading® for Structures software can simulate local failure to global response, and everything in between, allowing the Liberty Industrial team to effectively watch the collapse of the structure before even setting foot on the demolition site, and before the first cuts are made.

The HBI Boodarie closure plan included the induced collapse of several structures using strategic weakening cuts and a cable pulled by an excavator, as well as one impressive explosive demolition that split the largest structure on the site in half. Extreme Loading was able to analyze both scenario types and provide visuals and recommendations for the crew on the ground.

With thousands of weakening cuts made, and no second chances, it took only 8 seconds for the equivalent weight of 10,000 cars to be brought crashing down to earth. The fall was a complete success because of the teamwork exhibited by the demolition crew and the technological advancements provided by ASI’s engineering team. And as part of Liberty Industrial’s ongoing commitment to efficient waste management and environmental concerns, all scrap steel was processed in accordance with strict export guidelines. After twelve months, and over 100,000 man hours, the HBI Boodarie plant is no more.