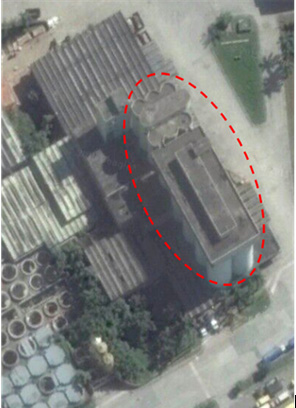 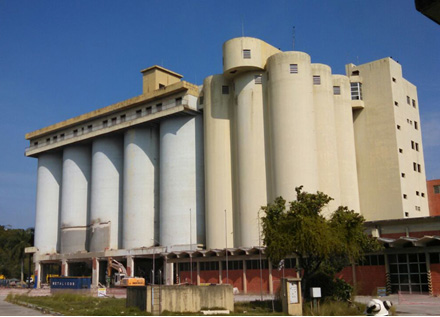 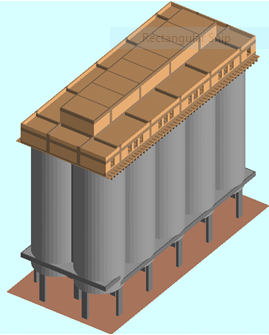 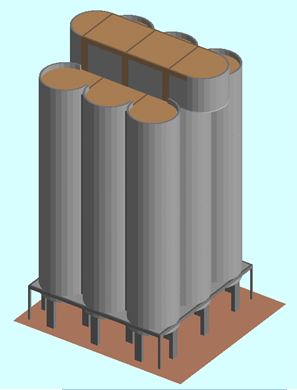 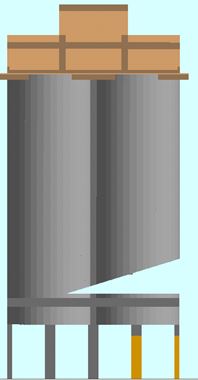 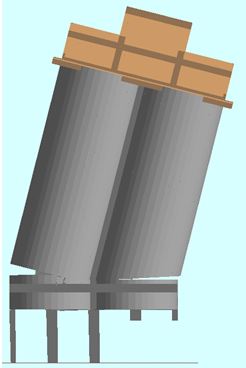 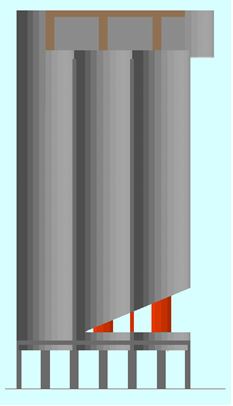 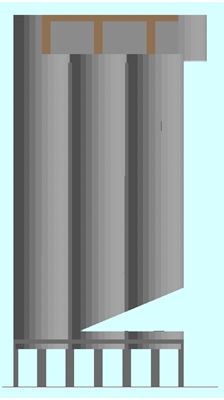 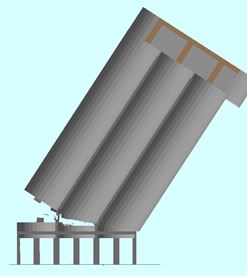 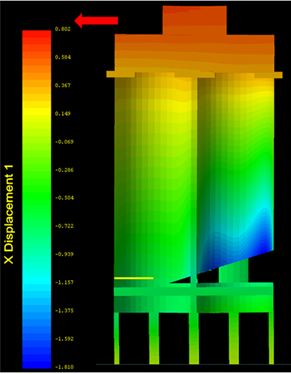 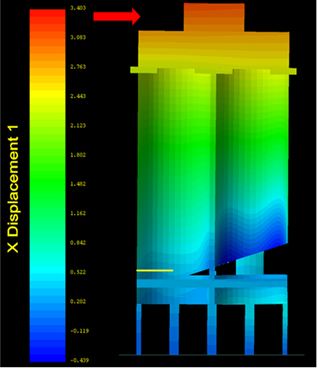 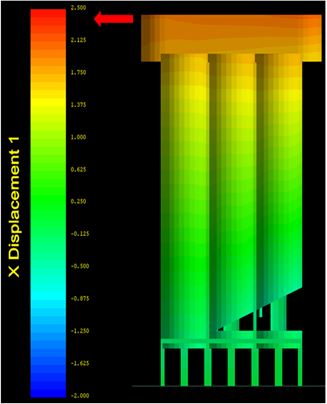 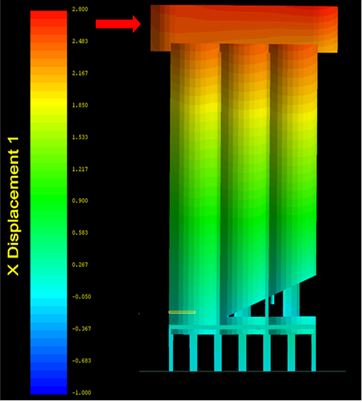 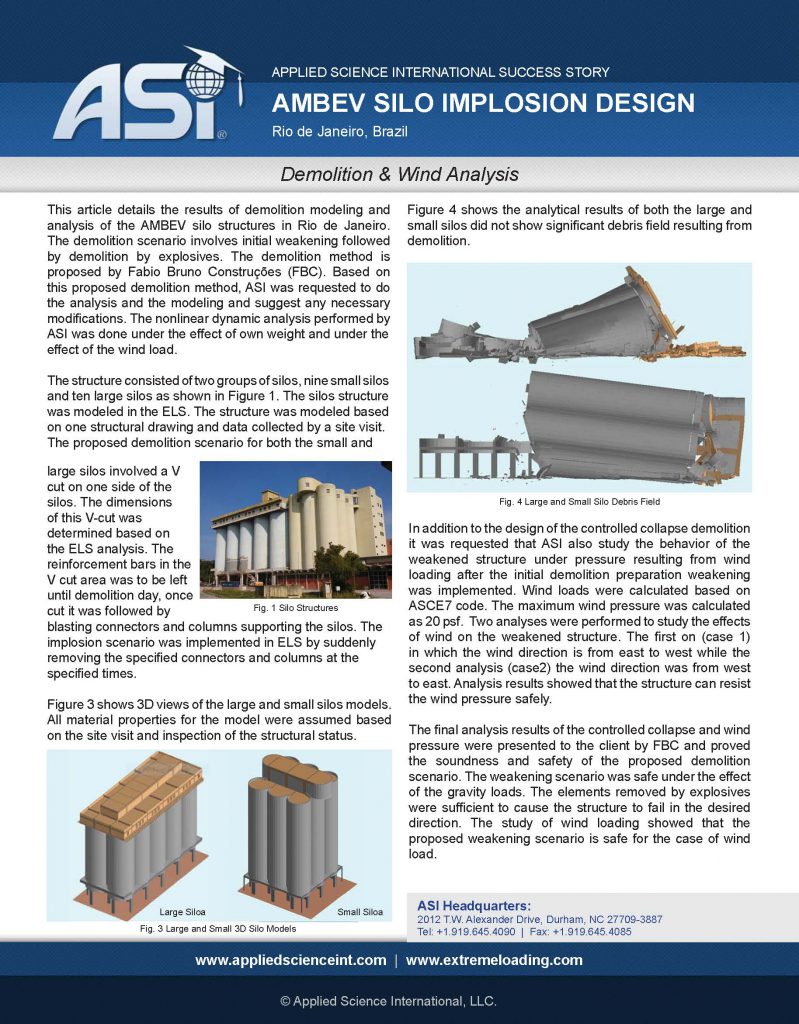 The proposed demolition scenario for both the small and large silos involved a V cut on one side of the silos. The dimensions of this V-cut was determined based on the ELS analysis. The reinforcement bars in the V cut area was to be left until demolition day, once cut it was followed by blasting connectors and columns supporting the silos. The implosion scenario was implemented in ELS by suddenly removing the specified connectors and columns at the specified times.

In addition to the design of the controlled collapse demolition it was requested that ASI also study the behavior of the weakened structure under pressure resulting from wind loading after the initial demolition preparation weakening was implemented. Wind loads were calculated based on ASCE7 code. The maximum wind pressure was calculated as 20 psf.  Two analyses were performed to study the effects of wind on the weakened structure. The first one is (case 1) in which the wind direction is from east to west while the second analysis (case2) the wind direction was from west to east. Analysis results showed that the structure can resist the wind pressure safely.

The final analysis results of the controlled collapse and wind pressure were presented to the client by FBC and proved the soundness and safety of the proposed demolition scenario. The weakening scenario was safe under the effect of the gravity loads. The elements removed by explosives were sufficient to cause the structure to fail in the desired direction. The study of wind loading showed that the proposed weakening scenario is safe for the case of wind load. The demolition was safely performed on July 21st, 2015 through proper planning and execution by Fábio Bruno Construções Demolition Team and ASI’s Engineering Team.