ASI’s demolition dust analysis services were recently featured in the May issue of Demolition & Recycling International (D&Ri).  The ability to predict the spread of dust on a demolition site, especially during implosions or controlled collapse demolitions is paramount to the safety of demolition workers and the surrounding community

A dust model developed by Applied Science International (ASI) is used to calculate concentration of the initial dust cloud and trace its dispersion and propagation taking into consideration wind speed and direction. These concentrations can be compared to air quality standards to identify exclusion zones and recommend dust mitigation plans.

The dust model calculates the PM10 and PM2.5 dust amount produced from the impact of the collapsed structure with the ground using the volume of the demolished building. The initial dust cloud formed due to building collapse is calculated theoretically and empirically and the empirical calculations are based on visual observations of demolition projects. The width of the initial dust cloud is estimated to be double the width of the demolished structure while the initial dust cloud height, or release height is 25% higher. The initial dust cloud speed and dimension are also calculated theoretically assuming the total amount of air enclosed within the building volume will rush out carrying the dust during building collapse time creating the initial puff. This propagates due to its initial speed in all directions. This initial speed is larger than the wind speed and then the speed of the puff decreases gradually at increasing distances. At a certain distance, the puff speed becomes much smaller than the wind speed, and the wind speed dominates the dust propagation.

Based on the model output, a dust mitigation plan may be recommended which may include using water suppression cannons and recommending its strategic locations to create water curtains to control the spread of dust. 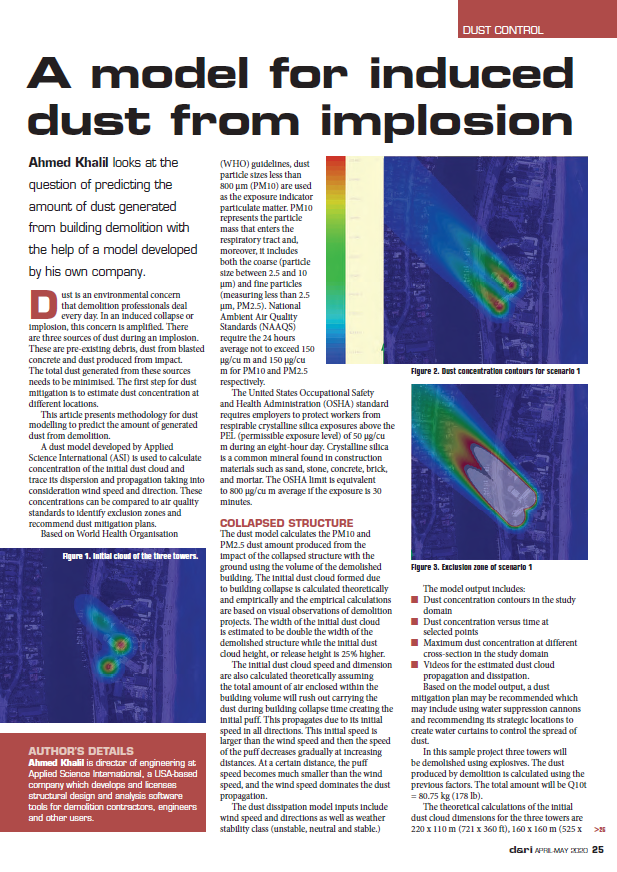 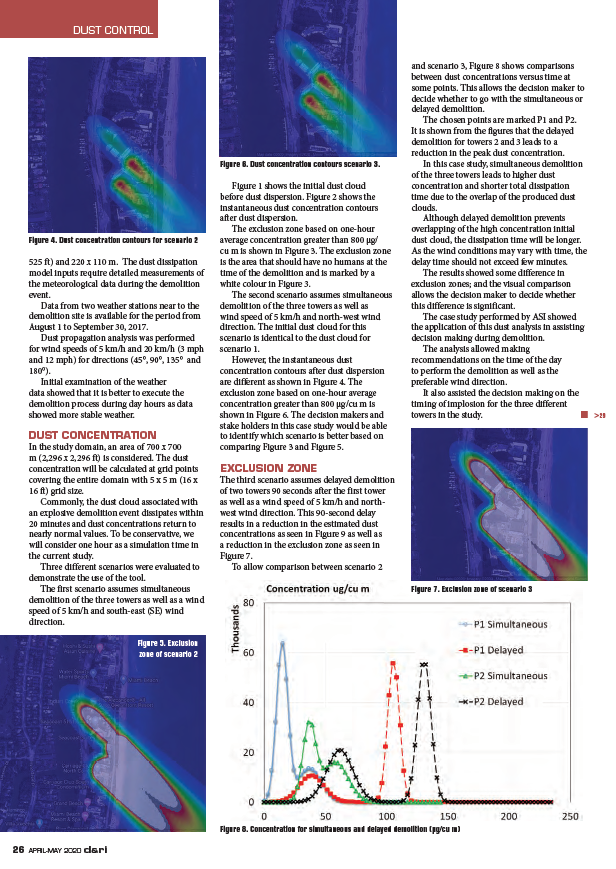