As construction methods and materials have grown increasingly complex over the years, so has the need for new and more accurate methods of engineering and designing the demolition of such structures.  Utilizing its advanced 3-D Nonlinear Dynamic Structural Analysis Tools, ASI Engineers can simulate and optimize controlled collapse and implosion plans before the demolition.

Utilizing ASI’s unique 3-D Nonlinear Dynamic Structural Analysis Tools based on a new method of structural analysis originally developed at the University of Tokyo, ASI Engineers can simulate and optimize manual deconstruction, controlled collapse and implosion plans in the demolition design phase, before the actual demolition.

With extensive expertise in the design and structural analysis of demolition for buildings, bridges, industrial facilities, sports arenas, and many other complex structures. ASI has designed and analyzed more than 30 controlled collapse demolitions and implosions around the world, with a 100% accurate track record. In addition, four projects that ASI was involved in won the World Demolition Award for Explosive Demolitions in 2011, 2013, 2014, and 2016.

ASI’s demolition sequence design will assist you in working out all of the details of your demolition plan out virtually, before placing people or property in harms way. ASI’s engineers will model your complete structure in 3-D, with all its structural details including columns, girders, slabs, masonry, service/transfer floors, detailed reinforcement, pre & post-tensioned tendons, cables, and vessels. They will also include material properties, structural damage, and shoring based on the current condition of the structure. Then evaluate a variety of demolition scenarios and visualize outcomes including direction of collapse and debris spread of the structure to ensure they meet project requirements and leads to the safest outcome.

Study the effects of: 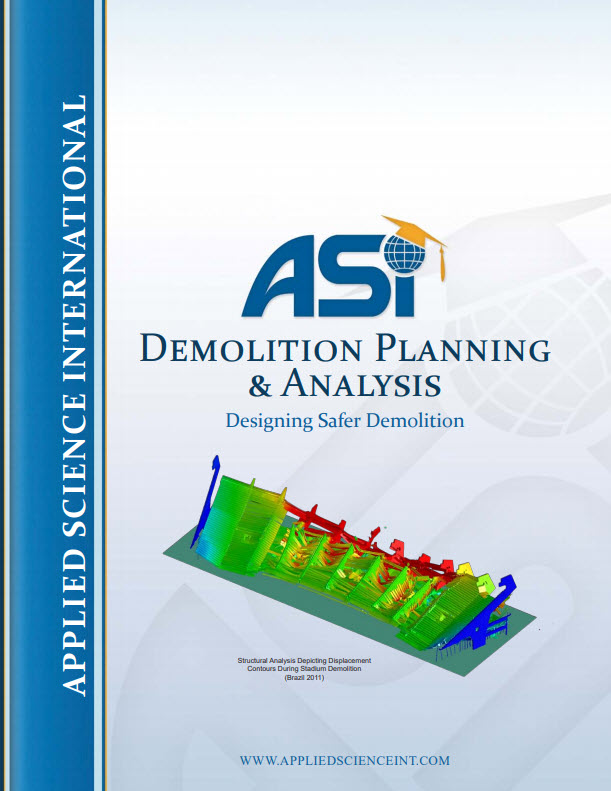 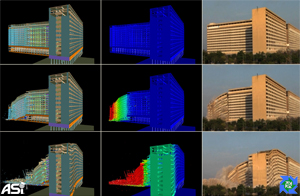 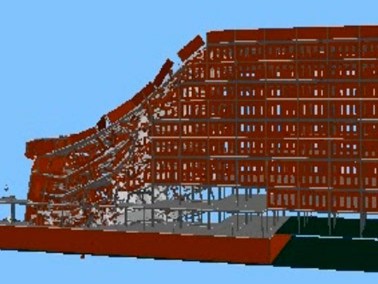 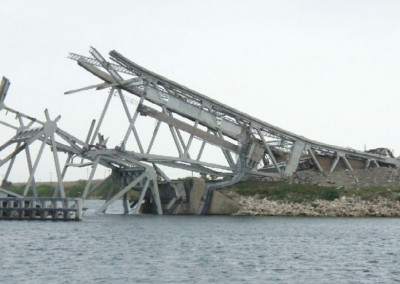 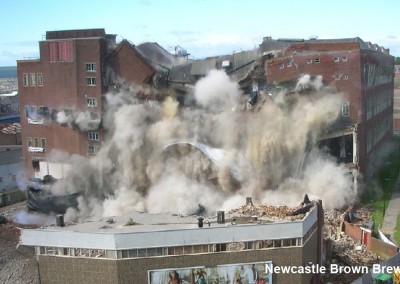 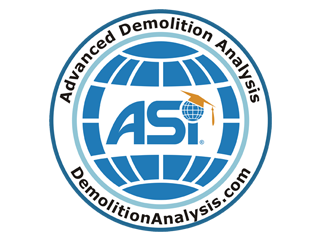 Click on the logo to the left to find the Exclusive Demolition Analysis Program Member in your region.

Contact us to Request a Free Demolition Design Quote:

Do you have questions about how to work with ASI on your next demolition project? We would be happy to setup an appointment with one of our engineers to review your project and see if demolition analysis is right for you.